Not an actual cover

INSPIRATION FOR "THE CABIN DOOR"

I volunteered in the 1990s as a docent at the Pioneer Arizona Living History Museum. This novel is my vision of combining the craziness of the reenacting world with actual Arizona history including the childhood of one of Arizona’s first senators, Henry Ashurst.

The story revolves around Henry’s actual boyhood home, which was moved from the Flagstaff area to the Pioneer Arizona Living History Museum in the 1960s. I often interpreted this cabin, telling the story of Henry’s mother, Sarah Bogard Ashurst, and especially the story of the infant Margaret’s death. Sarah’s life fascinated me and touched me, and I have always wanted to tell at least some of her story. I also found my fellow docents and the various reenactment groups to be fascinating and a little nuts, so I enjoyed incorporating that into the novel. 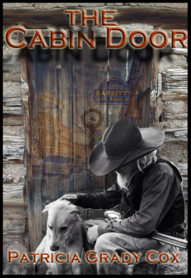 This novel will appeal to those (especially women) who enjoy fast-paced stories of intense personal relationships, quirky situations, romance, and adventure enhanced by a little authentic history. It will be a pleasant surprise – it’s not a historical novel or a western in any normal sense of the word. It is a contemporary novel with aspects of all of the above. The popularity of the HBO series Westworld leads me to believe this story would be commercial, although in The Cabin Door, the past—dangers, illness, Apaches, are real.

Stories of the Arizona TerritoryType your paragraph here.

I am currently seeking representation for THE CABIN DOOR

When Amanda, a grieving mother, realizes a coworker is actually a man from 1880, she plots to travel into the past and murder the ancestor of the drunk driver who killed her son. The Cabin Door is a fast-paced, quirky, and ultimately touching narrative that takes place in present-day Phoenix, Arizona, and in an Old West tourist town. A portion of the story is set in a historically accurate 1880 northern Arizona ranch and a Mormon mill town. Micajah Hazard’s attempt to escape marauding Apaches at the 19th century Ashurst Ranch tosses him into a strangely familiar future at Snakebite Station. The old west tourist town's manager decides Micajah is a homeless veteran, suffering from alcoholism and PTSD, lets him live in a building on the grounds, and hires him to be the Station’s wrangler. When Amanda Bartlett is assigned to the historic Ashurst Cabin across the road, the time-space continuum is disrupted—in the past, the future, and for them. 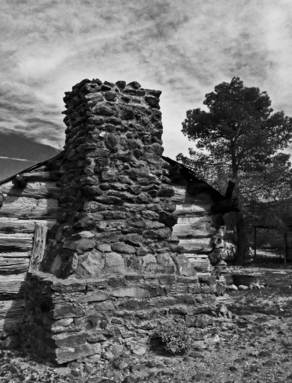 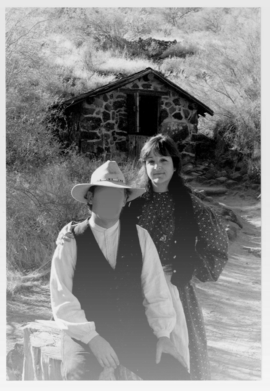